Defining plastic – What is it and how should we change the way we conceive it?

As plastic production is estimated to triple by 2050, consumer awareness around plastic pollution has seen a positive rise in recent years. But what are we actually dealing with when we talk about plastic? To efficiently tackle the plastic crisis, it’s time to shed light on some of the problematic definitions and myths around it. 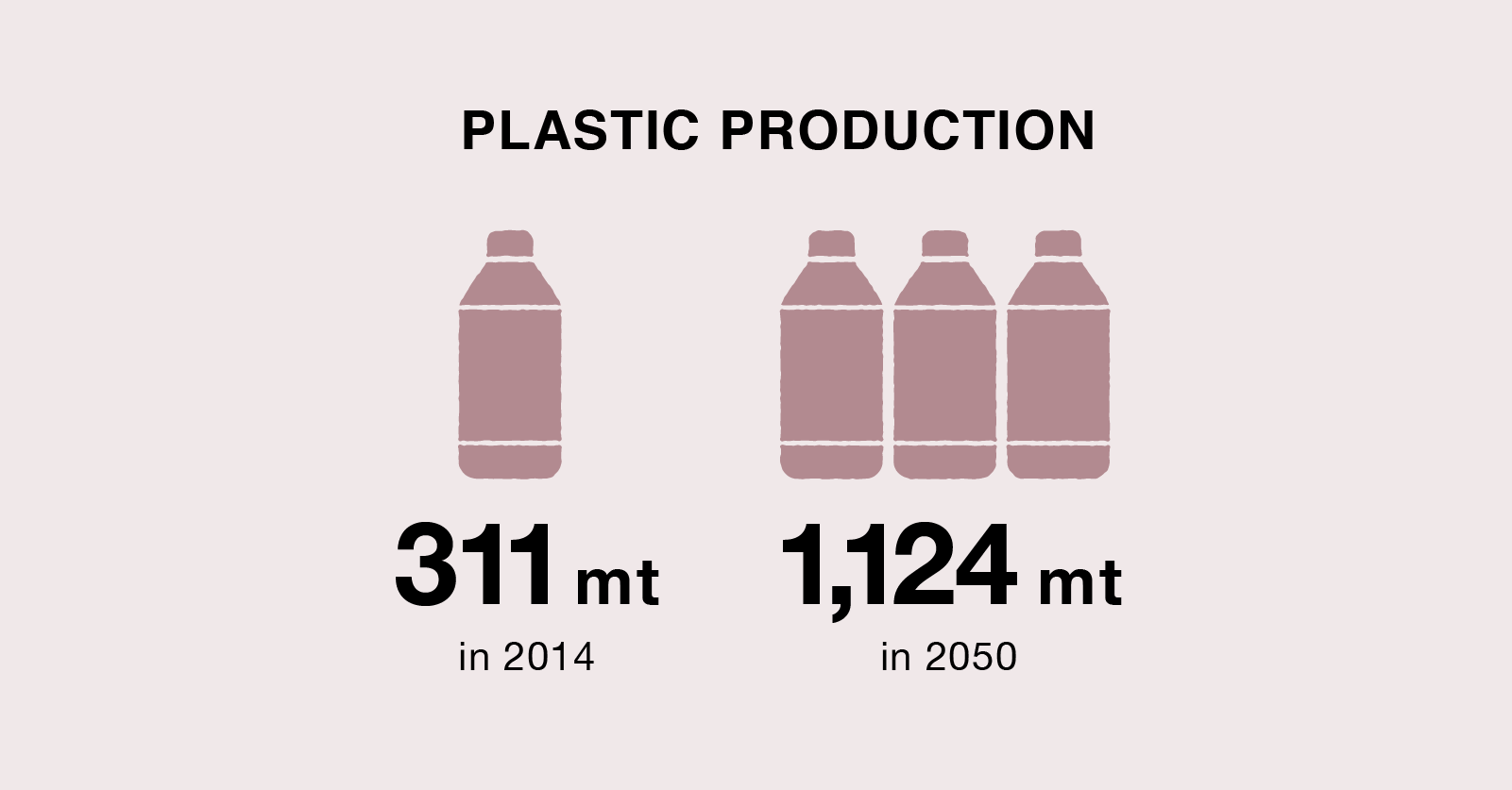 Plastic production is estimated to triple by 2050.

Defining plastic is complex but vital

You are at your favorite cosmetics store and the salesperson recommends a bio-based product that you absolutely love. You then meet your friend for brunch and the restaurant is proud to tell you that their straws won’t end up in the ocean as microplastic because they are biodegradable.

Bio-based and biodegradable are powerful but somewhat problematic marketing terms. In fact, they can even be misleading or outright inaccurate. That’s why it’s important that the customer understands what they are buying and the sellers know what they are selling.

At first, plastic seemed like a fantastic lightweight but durable packaging material. However, we soon came to realize its unintended environmental impact, and new alternatives started emerging. Consequently, there was a need to clearly differentiate the environmentally friendly and conventional options.

These days you have to follow both new innovations and legislation to truly understand the definitions for plastic. Let’s go through some of the basics. 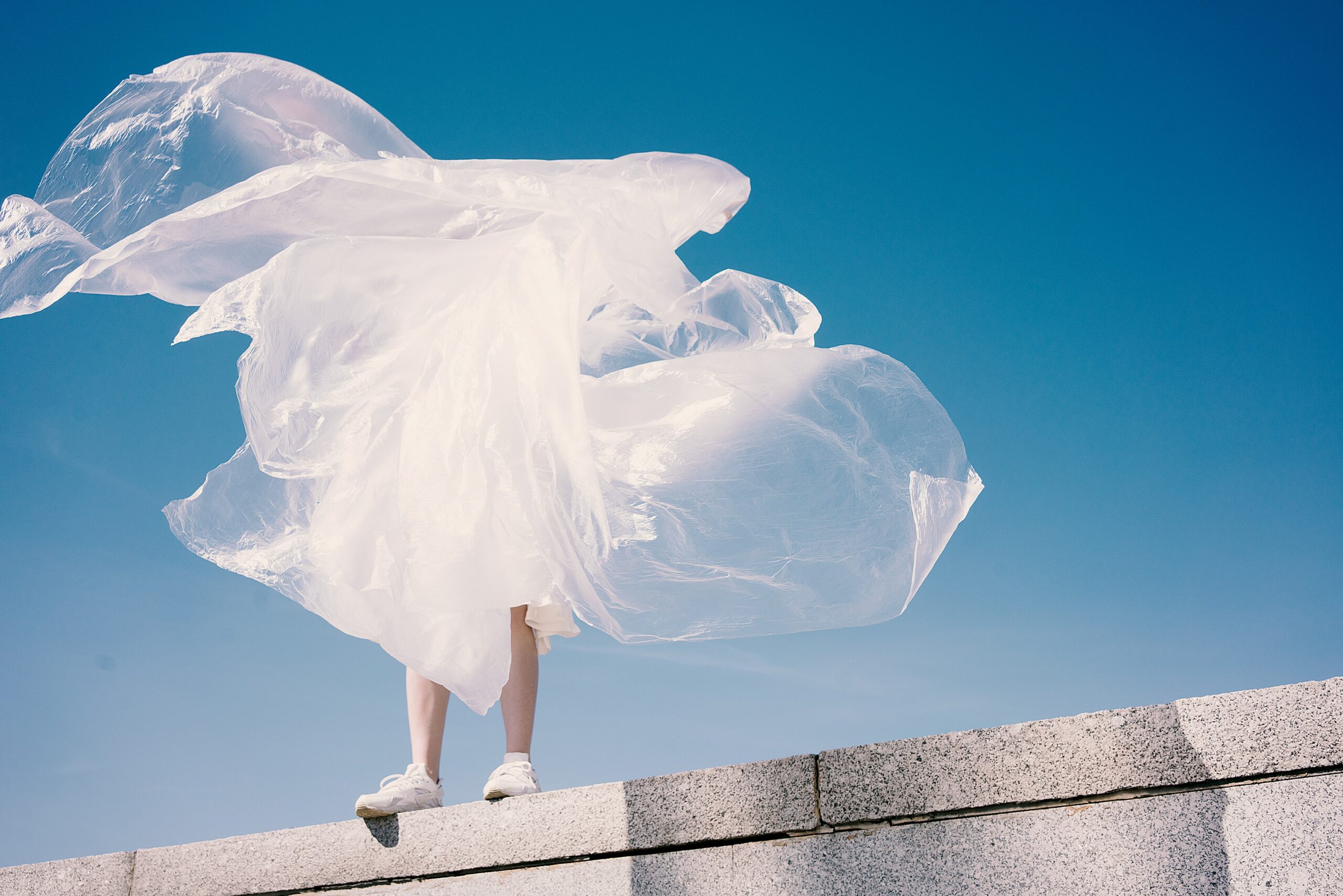 Separating between conventional and bio-based plastics is not enough

There are two main categories for plastics:

At a quick glance, you might be tempted to think that the bio-based alternative is always the environmentally friendly choice. Both conventional and bio-based plastics, however, can release microplastics, which are accumulating in nature at an alarming rate.

Many bio-based plastics are, in truth, just like conventional plastic, but made from bio-based raw materials. These products degrade into smaller and smaller bits of microplastic fast, but they don’t biodegrade. This may attract some companies to engage in greenwashing that highlights disintegration instead of the end result. Out of sight, out of mind, right? 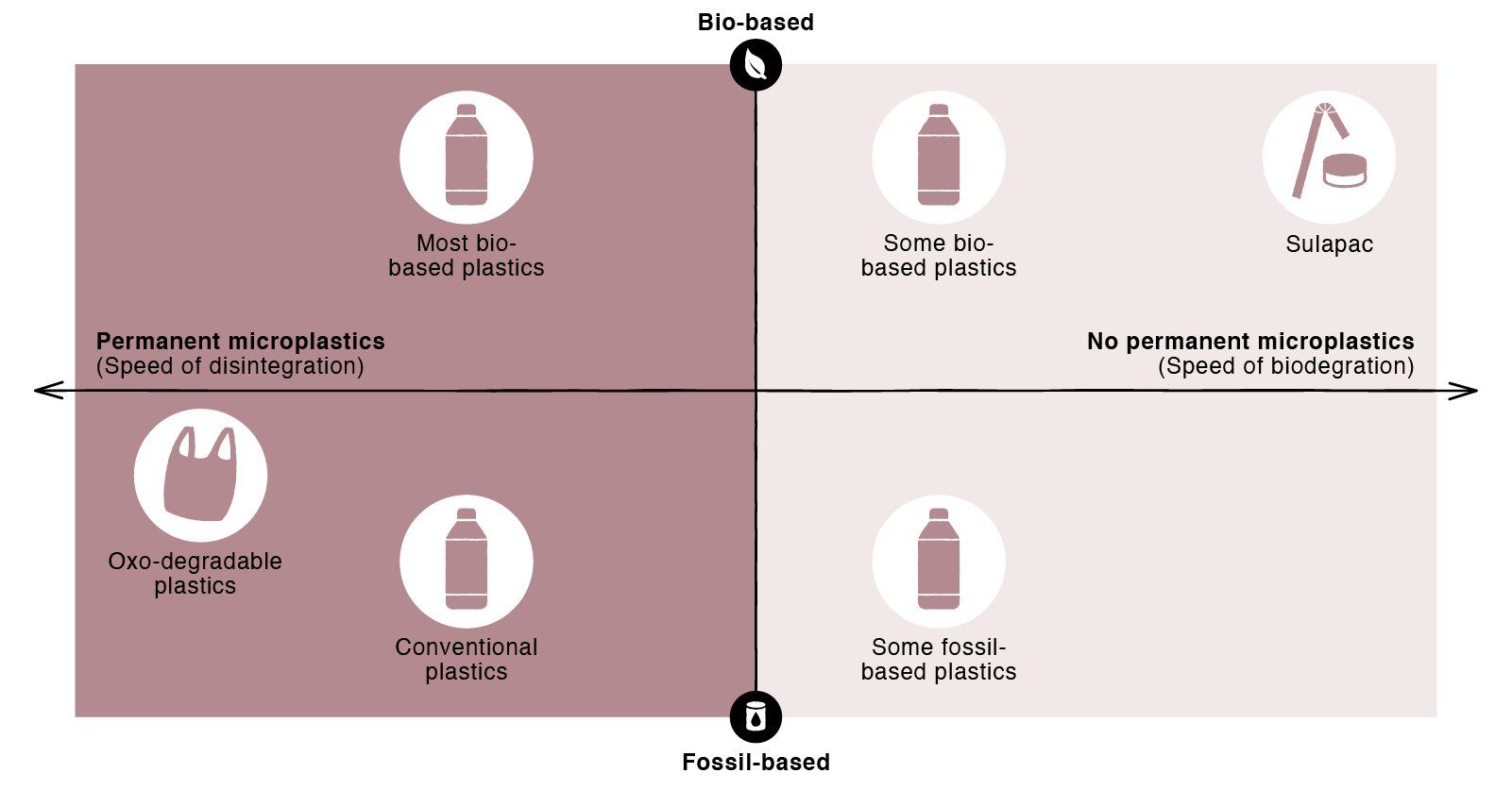 When comparing plastics, try to find out what is the material made of and does it release permanent microplastics.

Microplastics are the real problem

At school, you may have conducted a small test where you had to bury a plastic package into the soil and dig it up a couple of months later to see if it had degraded. Plastic didn’t seem to disintegrate, and, for a long time, that was our problem with plastic. Unfortunately, we now know it does.

There is a common myth that plastic will break down in 450 years. Plastic has, however, only been around for 150 years and what we can say now is that plastic breaking down is actually a major problem. When plastics degrade into microplastics and end up in the oceans, aquatic organisms, such as plankton, accidentally eat it. Through smaller organisms, microplastics find their way into the whole food chain.

Rather than concentrating solely on defining plastic on the conventional–bio axis, we should turn our focus on whether the material leaves permanent microplastics behind. Microplastic-releasing materials can’t be broken down by naturally occurring microorganisms, which results in the material ending up as waste in the oceans. Materials that don’t leave permanent microplastics behind, on the other hand, get eaten by microorganisms and thus eventually biodegrade into carbon dioxide, water and biomass.

This is exactly why your actions as a consumer truly matter. You have the power to directly support the plastic alternatives that don’t leave permanent microplastics behind.

Sustainable alternatives to plastic are the future

So now you have learned that the plastics crisis is more complex than first meets the eye. The problem with plastics is increasingly becoming a problem with microplastics. Even the widely covered Great Pacific Garbage Patch isn’t a floating island of plastic bottles, but rather a soup of microplastics. This is why we sorely need plastic alternatives that can truly tackle the worsening microplastics problem.

In our next blog post about plastics, we’ll talk more about the different alternatives to traditional fossil-based plastic. After that you should be equipped to ask more questions about the products that are on offer for you.

In the meantime, learn more about our bio-based Sulapac® material that doesn’t leave permanent microplastics behind.
Back to Blog
Share:

Global technology leader Nissha Co., Ltd.’s customers include some of the world’s biggest and most valuable brands. In 2021, their...

Recycled and responsible wood We often get questions about Sulapac’s recipes, and whilst we cannot disclose all details for confidentiality reasons related to our plastic alternative innovations, we want to shed light on and share...

Recycled and responsible wood We often get questions about Sulapac’s recipes, and whilst we cannot disclose all details for...

Microplastics are minute pieces of plastic – less than five millimeters in length. As plastic waste, like wrappers, packaging and straws, continues to accumulate in the environment, it breaks down to smaller and smaller...

Microplastics are minute pieces of plastic – less than five millimeters in length. As plastic waste, like wrappers, packaging and...