Microplastics are everywhere – and their health effects are potentially dangerous

Microplastics have found their way everywhere, even into the most remote locations on Earth, biodiversity hotspots and into the atmosphere. This might have significant, cumulative environmental and health impacts. Solving the problem requires both individual and system-level changes concerning plastic use and production. 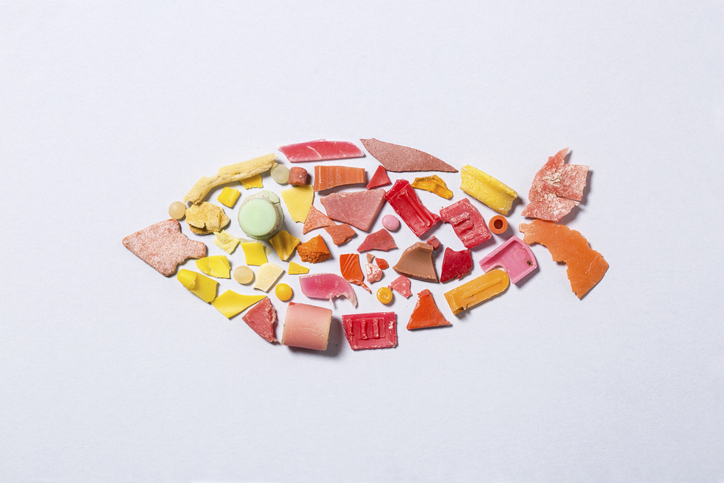 In our microplastics blog series, we’ve discussed how:

As a result, our planet is filling up with plastic, and consequently, microplastics. In this blog, we’ll dig into the impact microplastics have on the environment and humans.

The environmental impacts of microplastics are extensive

The reason why microplastics are so easy to ignore is that they are often invisible to the human eye. Microplastics come from two sources:

Scientists have begun to study how plastic seems to disappear into nature. However, plastic doesn’t really go away. It just starts to circulate in the soil, air and oceans as microplastic. And because it doesn’t biodegrade, it accumulates over time. This way it affects the whole global ecosystem:

Soil: Microplastic has found its way deep into the soil, disturbing the digestive systems of small animals, such as worms. Microplastics can potentially also change the thermal and water absorption properties of the soil.

Air: Microplastic particles travel with the wind and rain.  It is thus not enough to fight microplastics locally. This has resulted in the microplastics problem becoming a global phenomenon that also requires worldwide policies regarding plastic production, recycling and alternatives.

Microplastics have penetrated our whole ecosystem. Despite all technological developments that help us control our environment, humans are still completely reliant on nature. We are thus bound to get exposed to microplastics, no matter if we embrace the city life or live in a remote cabin in the forest. 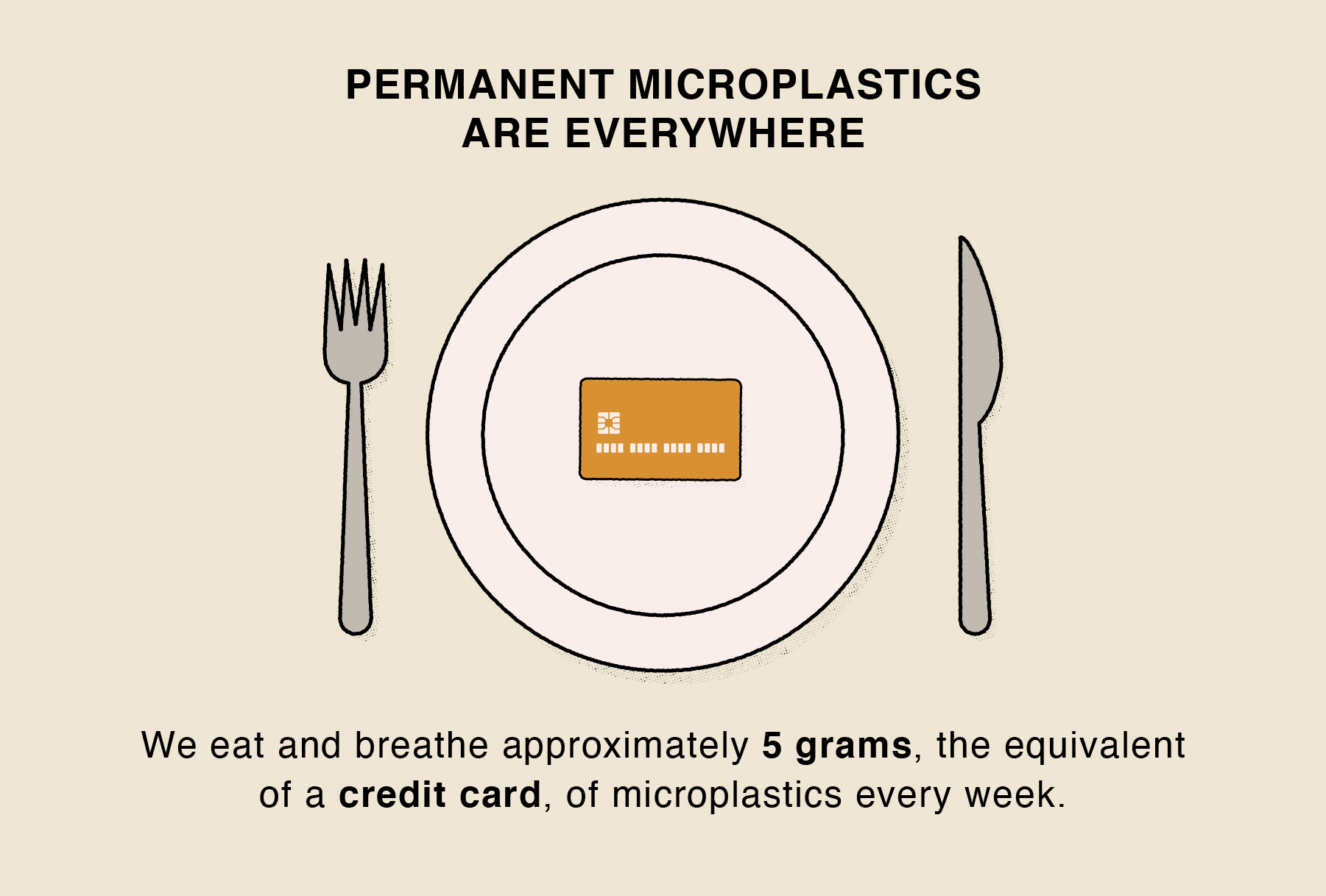 Research shows that microplastics can be found both in our food and in household dust. The effects are not entirely known for humans. For fish and other marine wildlife, on the other hand, microplastics have been found to disrupt reproductive systems, cause tissue inflammation and alter feeding behavior. This isn’t promising news for humans either.

Microplastics release chemicals, carry microbial contaminants and physically enter our bloodstream. Further research on the overall effects is needed, but it’s clear that our bodies are going to be subject to increasing amounts of microplastics with plastic production rising and recycling lagging behind. 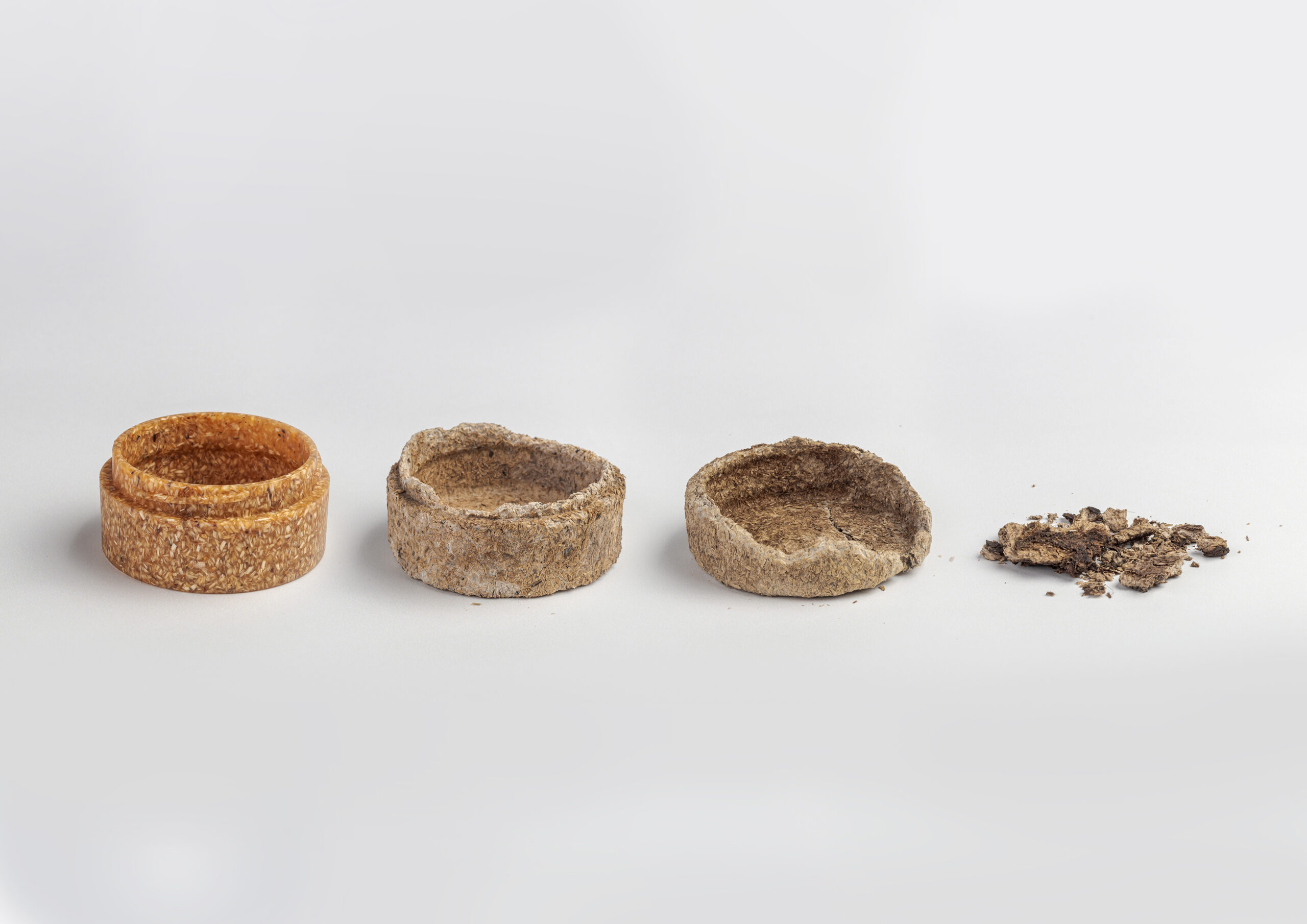 Sulapac leaves no permanent microplastics behind

To avoid the detrimental effects of microplastics on nature and ourselves, we must replace conventional plastics with materials that biodegrade and don’t leave permanent microplastics behind. At the rate plastics production is rising, recycling and reusing will not be enough.

For consumers, this doesn’t have to mean scaling down in quality. At Sulapac, our aim has been to mimic nature from the start. Our materials can be used in products ranging from luxury packaging to food contact products. The materials are easy to mass produce but qualitywise they are far from ordinary.

Sulapac is biobased and biodegrades without leaving permanent microplastics behind. The product is safe for aquatic organisms and causes no long-term effects in the environment. As it’s made of responsibly sourced, sustainable materials, it also has a significantly lower carbon footprint compared to conventional plastic*.

We think it’s about time to take our future into our own hands. At Sulapac, we do that by tackling climate change and the microplastics problem one jar and straw at a time.

In the past few years, the sorting of plastics for recycling has become a natural everyday chore for many individuals and organizations willing to do their part for the environment. This is obviously a good trend. Few people, however,...

In the past few years, the sorting of plastics for recycling has become a natural everyday chore for many individuals and organizations...

Bio-based, oxo-degradable, biodegradable, compostable. These are just a few terms that are used to describe the production and recycling methods of different plastics. As a conscious consumer, you can understandably be overwhelmed by the...

Bio-based, oxo-degradable, biodegradable, compostable. These are just a few terms that are used to describe the production and recycling...

Defining plastic is complex but vital You are at your favorite cosmetics store and the salesperson recommends a bio-based product that you absolutely love. You then meet your friend for brunch and the restaurant is proud to tell you that...

Defining plastic is complex but vital You are at your favorite cosmetics store and the salesperson recommends a bio-based product that...